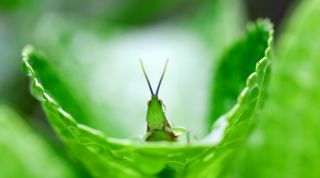 This year's World Cup probably didn't need any more controversy, what with the Russian doping scandal, controversy over how the host country was chosen and troubling social attitudes towards certain minority groups, but it has some - in the form of a plague of locusts.

Quoted by the Associated Press, Pyotr Checkmaryov, who oversees plant protection at the Agricultural Ministry, has voiced his concerns of disruption.

"We’ve more or less learned how to deal with locusts, but this year I’m afraid we could end up in an international locust scandal," explains Checkmaryov. "Locusts like places where there is a lot of green”.

Part of the report made available to state news agencies also suspects that Volgograd is likely to be among the affected areas and that's one of the host cities and where England will play Tunisia on 18 June.

A different kind of challenge for Gareth Southgate and the FA, then, and possibly also a novel excuse for under-performance.