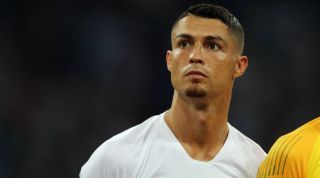 According to Variety, the show set to follow Ronaldo on and off the pitch will be partly produced by Tom Brady's Religion of Sports media company - who previously created a series on the NFL star named Tom vs Time for Facebook Watch.

Ronaldo has 122m followers on his official Facebook page so the appeal of having a show on the social media network seems logical.

The series is reportedly valued at $10m (£8.8m) so it sounds like he'll get paid well no matter who its sold to. Yet it isn't the only one Ronaldo is busy with.

Back in 2015, there was the film Ronaldo which gave an insight into his sporting and personal life.