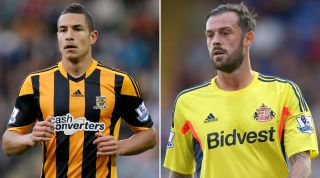 As Steve Bruce runs his finger down the list of Hull's available players for this Saturday’s fixture, he may start to feel the darkness closing in around him. Getting a competent starting XI together out of an injury-ravaged squad is where managers really start to earn their wages.

Bruce will be deeply conscious of the huge good vibe wave Sunderland have been riding since beating Newcastle, giving new Mackem gaffer Gus Poyet a great platform to build on for the game this week. In all honesty, Bruce could have done without the trip to London for cup tie against Spurs, despite the rousing performance. How will those tired legs feel come 3pm on Saturday?

Over on Wearside, the dust has settled on that famous victory over Newcastle, and Poyet’s key to the city has been hastily put away as Sunderland fans reacquaint themselves with the league table and long winter ahead. Put simply, the Uruguyan is unlikely to find himself in a better position to take three points on the road this season: just beaten your biggest rivals, squad of players jostling for a starting berth under a new manager and facing depleted opposition who three days previously put in 120 minutes and penalties, only to lose.

If you’re a Tiger and fancy a game on Saturday, bring your boots – you might get a game. The biggest miss could be Robbie Brady, who’s been pulling the strings for Hull this season. Also out are Sone Aluko, Alex Bruce, James Chester, Danny Graham, Robert Koren and Allan McGregor. Jake Livermore will make a welcome return having been kept out the last two matches against his parent club, Tottenham.

Sunderland have Steven Fletcher fully back and firing again, which will give their season a very different complexion. He even took a solid knock to his previously knacked shoulder during the Newcastle game and kept on ticking.

As one of the remaining fit players that Bruce can call on, much weight will rest on Livermore’s shoulders for this fixture. The box-to-box midfielder will need to put himself about both creatively and as a goal threat, particularly in the final third.

The two screens show Livemore’s attacking actions in Hull’s home games against Norwich and Cardiff . He needs to be more consistent and turn a couple of those arrows yellow (indicating assists). Livermore’s big problem against Sunderland will be how safe Bruce wants to play it. If he sets them up to not lose (which would be understandable considering his lack of options), Livermore will endure a frustrating afternoon.

The honeymoon period will be short for Poyet, particularly if he fails to get something out of this game.  For now he’s marshalling a team moving in the preferred direction of up – something he’ll be reinforcing prior to kick-off.

Bruce can expect a rough ride from a full away end as the travelling Mackems recount merry days of his tenure at the Stadium of Light. Hull fans will understand the size of Bruce’s job today and realise that chucking everything they’ve got behind the team is the best they can give the gaffer come 3pm.

It’s been a big week for Hull and Sunderland, but the Mackems will have too much for the hosts. Sunderland to win 2-0, both goals from Fletcher.