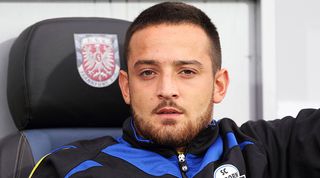 Naki, who currently plays for Kurdish club Amed SK in Turkey, was driving in a right-hand lane when shots from a black car were aimed at him from his left. Fortunately, the ex-St. Pauli star was unhurt.

"I immediately ducked and then rolled right to the hard shoulder," the 28-year-old told German newspaper Die Welt. "I feared for my life."

Aachen police are looking into the case, with an official spokesman telling news agency dpa that they are investigating an attempted homicide.

Naki is renowned for being outspoken on political issues and has previously been critical of military operations against Turkey's Kurds by the nation's president Recep Tayyip Erdogan.

The former Bayer Leverkusen youth player believes the attempt on his life was politically motivated.

"I think that this is about a political issue," Naki told Spiegel magazine's online platform Bento. "I am a continual target in Turkey because I make pro-Kurdish statements."