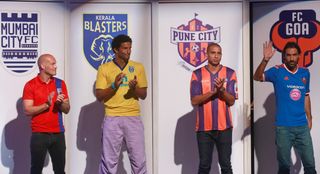 In 2005, the huge Indian conglomerate Essel Group failed to land the broadcast rights for the Indian cricket team – despite being the highest bidder; it was a repeat of 2000 when they had also bid the most without getting the rights. Their response was typical of what billionaires do when they don’t get their way: they threw money at making their own version.

In part-conscious homage to Australian billionaire Kerry Packer, who had done the same three decades previously, they decided to form their own rebel cricket league. The Indian Cricket League (ICL) had its first season in 2007 and was actively sabotaged by Indian cricket's governing body: the BCCI banned the personnel, players and even the stadia involved in the ICL. They even tried to discourage the sport itself, or rather the version the ICL used: Twenty-20, a new format recently devised in England to revive waning domestic interest.

That was, until September 2007, when a young Indian team, devoid of many of its stars, won the inaugural World T20, only a few months after the full star-studded national team had been humiliated at the actual World Cup. Nothing brings people around like a winning team.

Within six months of India winning the World T20, the Indian Premier League (IPL) was launched. The eight franchises, each of which cost more than $70m, were bought by the likes of Shahrukh "King of Bollywood" Khan, Lachlan "son of Rupert" Murdoch and Mukesh Ambani, at that point the world's fifth-richest person. Cricket was becoming big business, very quickly, and establishing a blueprint for a new kind of sporting domination.

Following the IPL's enormous subsequent success, India's franchise-based domestic cricket league has been followed by similarly impactful leagues in badminton, kabaddi and field hockey. And now it's football's turn, with the Indian Super League being launched by the All India Football Federation, IMG-Reliance (a partnership of the International Management Group and Mukesh Ambani’s Reliance Industries) and Star Sports.

The latter's presence is the key. The Murdoch-owned cable network may have missed out on the IPL rights, but since then Star have bought the rights for Champions League T20 (think UEFA's football parade, but global) and those new kabaddi, hockey and badminton leagues.

The formula is consistent: combine the finances of India’s billionaire/corporate class with the glitz and glamour of Bollywood, the name recognition and credibility of India’s cricket stars and combine this all with typically Murdochian hype and aggressive cross-marketing. During the recently concluded 2014 Champions League T20, every ad break seemed to include at least one promo for the ISL.

The various sports' new leagues are consistent in their organisation  – a month or two taken out from the international calendar with live programming every day for the Star network – and format: six to eight city-based franchises without any promotion and relegation, inspired by the structure of American sports, especially the NFL.

And that's how the ISL is designed. There are eight franchises, each of which is backed by a consortium which combines all the factors that have been successful in the other leagues – Atletico de Kolkata, for example, has a consortium which includes Sourav Ganguly (the city's most famous sportsman and a cricketing icon), a pair of millionaire businessmen and Atletico Madrid. The leagues are careful to target areas of existing popularity: the Hockey India League included five teams from the north of the country and just one from Mumbai, with the vast south having no teams. That also explains why the eight teams in the ISL are what they are.

India's four biggest metropolises (Mumbai, Delhi, Kolkata and Chennai) get one franchise each, but so do Guwahati, Kochi and Vasco da Gama, none of which is in the 40 biggest cities in the country. Indian sports journalist Dileep Premachandran, says that “Kerala, like Goa and Bengal, is very much football country” – explaining the inclusion of Kerala's capital Kochi and Goa's largest city Vasco da Gama.

But the centre for Indian football, and this league, will remain Kolkata, which regularly attracts over 100,000 people to the Salt Lake stadium for its biggest game: the derby between Mohun Bagan and East Bengal.

And then there’s Guwahati, whose uniquely named North-East United aims to represent the country's eight north-eastern states, which account for less than 4% of the population but are culturally different from the rest of the country, including the passion for football. Seven of the 10 clubs in the I-League (Indian professional football's highest division, which starts again in December after the ISL finishes) are from Goa, West Bengal and the north-east.

So far, so good: a competition run by organisations with extreme recent success in promoting new leagues; interest provoked by franchise-owning celebrities like Bollywood stars and the past, present and future of Indian cricket (Sachin Tendulkar, MS Dhoni and Virat Kohli); credibility and expertise lent by consortiums involving European clubs like Atletico Madrid, Fiorentina and Feyenoord, all looking to expand their fanbases in the country; and a population large enough to support any attempt at glamorising India and a sport they love. It’s a win-win, surely? This is where the optimism begins to run dry.

The ISL faces different challenges. With the other leagues, the marketing men at Star could proclaim that their product was the best in the world – the IPL includes almost every single active major cricketer (with the exception of Pakistanis, for obvious political reasons), while the badminton league's highest-paid player Lee Chong Wei has won silver at the last two Olympics – but with the football such a proclamation can’t even be said with a straight face.

The marquee players are a Who’s Who of Where Are They Now?: the eight franchises' star names are Robert Pires, Luis Garcia, Elano, Alessandro Del Piero, David James, Freddie Ljungberg, Joan Capdevila and David Trezeguet. They were all world class once, but those days are long gone.

Then there’s the fact that Star is the official broadcaster of the Premier League in South Asia, and has been for the whole of this century. How can you sell the glitz and glamour of something when even your own channels will show football of a far higher quality? And that quality matters – the majority of the players in all these sports leagues are Indian.

In the other sports the talent pool is large enough, and India is close enough to the very top of the game, for that quality to be maintained; in football, India is ranked outside the top 150 by FIFA. For all the viewing figures, it's difficult to tell what benefit the new leagues have been in attracting kids to sports which were already popular: will the ISL have any effect in improving the Indian talent pool?

What happens when the initial shine of the ISL is gone? How will the league fare in its second, third or 10th edition? It can’t even guarantee to become the key pensioners' league for the semi-retired, an Indian NASL if you will, given the competition from the MLS, the A-league and the Gulf States.

And how will it co-exist with the I-League, which will continue to trundle on as the highest division in the land, operating as football leagues usually do? Formed in 2007 as a restructuring of the National Football League, which was barely a decade old itself, the I-League aimed to capitalise on football's obvious popularity by creating a high-quality competition designed to promote local talent. Even the I-League name was inspired by the success of other Asian competitions in Japan, South Korea and Australia.

Seven years later, football is being rebranded again. It will presumably keep being repackaged until football finally captures the public imagination. The ISL might help that happen, but it will need to learn lessons from the I-League. In its seven years, four clubs have been dissolved; only two teams (one in West Bengal, one in the north-east) have an average attendance of over 10,000.

But the biggest problem can't be solved by loud adverts. Football fans demanding – and receiving, through the same TV set – top-quality matches in the Champions League and English Premier League are unlikely to fall for below-par action in questionable stadia with a running track separating the bumpy pitch from empty stands. No amount of patriotism can hold the interest long enough for a league to succeed.

For the ISL to succeed, the organisers and the viewers have to realise that they have to work with the product they have, not the product they want. The country with the third-oldest football competition in the world deserves better than to be synonymous with being pound-for-pound the worst footballing nation in the world. What the ISL needs more than anything else is the one attribute so absent in modern India: patience.