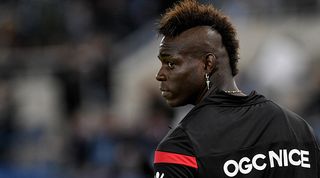 The Nice striker was feeling in a ruthless mood and followed up his FIFA victory over Enock by getting a number of well-known figures in football to demand an apology from the 24-year-old.

"And he can't admit it so I made people I know, friends of mine who support me, to make a video saying 'Enock bugiardo' (you liar).

Then follows a series of messages for Balotelli's younger brother from the likes of PSG's Neymar, Nice defender Dante, Monaco's Radamel Falcao and even ex-Inter team-mate Marco Materazzi.

Sorry, Enock: you've been had all ends up here.

Watch: Even with VAR, referee gets decision wrong and allows Juventus goal to stand