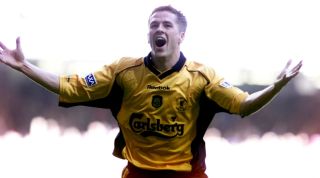 Arsenal and Liverpool were difficult to separate in the Premier League in 2000/01 – in the end, Gunners pipped Reds to second place by a single point.

The cup competitions, however, were a little different. The end of that season produced an incredible haul for Gerard Houllier’s men, in the League Cup, UEFA Cup and FA Cup for an impressive treble haul.

The FA Cup final between the two sides was a tense affair, finishing 2-1 – with all goals coming in the final 20 minutes.

Given the success of both teams during that period, the line-ups that day are remembered as classics. So how well do you recall them?

We’re giving you just five minutes to name the starting XIs for both teams in that final, as well as the substitutes who made an appearance (so no need to bring up reserve Liverpool goalie Pegguy Arphexad from the recesses of your mind).

We think you should do alright here: let us know how you get on at @FourFourTwo and then challenge a mate to do better. Good luck!