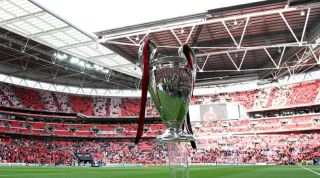 Yes, the Premier League season has only just got underway, and it’s more than enough to keep your attention for now.

But something else is happening. Bubbling away, just out of eyesight. Search a little further, and you’ll find it. It’s already begun. Whisper, now, child: the Champions League – it’s back.

That’s right. We’ve already had three qualifying rounds and one leg of the play-offs. Celtic are already out (sorry, Bhoys).

By the end of next week, we’ll know who the four English teams will be up against in the group stage.

Before you have your memory jogged by the sight of them playing in Europe every fortnight, we thought we’d test you. A whole 59 current Premier League players have made at least 25 appearances in the Champions League.

We’re giving you the team each player currently plays for (but not necessarily where they made their appearances) and putting 12 minutes in the clock.

You know the rest: send us your score to @FourFourTwo and we’ll share it with the world, then challenge a mate to see if they could do any better than you, and become… THE CHAAAAAAAAAAMPION!

EXPLAINED Why ‘Levynomics’ might have finally stopped working for Tottenham Hotspur

QUIZ Can you name the players who've scored 10+ penalties in the Premier League?