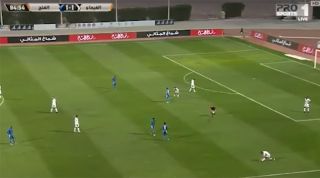 The prestigious cup tie went to extra-time with both teams level at 1-1.

But four minutes into the additional alotted time, Clattenburg brought the game to a standstill because of the calls to prayer echoing from nearby mosques surrounding the King Salman Sports City stadium.

In the 118th minute, Sami Al Khaibari scored a winner for the hosts as they advanced to the semi-finals.

It was announced in February 2017 that Clattenburg would leave his Premier League post for a job in Saudi Arabia, and he reffed his final game in April – a 1-0 win for Leicester at West Brom.