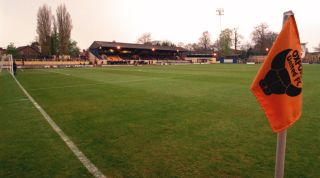 Lately, I find myself using the phrase “the modern game” a lot and nearly always in a disparaging way. Whenever an article touches on ticket prices, the behaviour of players, or even just the texture of contemporary sport, there it is.

That’s particularly true at the moment. The Premier League is not handling the coronavirus pandemic well. In fact, it’s carrying itself with great vulgarity, reinforcing the pejorative stereotypes that it has spent the last 28 years attracting and accumulating.

As this article by David Ornstein revealed last week, the competition’s level of self-importance is quite staggering. In particular, the anecdote about the private jets reeks of the social detachment contemporary sport is often accused of having. In a recent column, Henry Winter described football ‘as the land that perspective forgot’ and, on current evidence, he was absolutely right to do so. Hundreds of people are dying every day and yet - according to reporting by The Independent's Miguel Delaney - the Premier League are busy plotting a 'TV mega event'.

I’ll turn 36 in July. As per last week’s column, I attended my first game in March 1992 and so can only just claim to have arrived before the dawn of the Premier League. Even then, I was too young to have travelled to the match alone. I also had my ticket paid for and was gifted a scarf on the way out.

A few years later, Oxford United’s Manor Ground – bulldozed long ago – would provide further formative experiences. Its London Road terrace was archaic, with its concrete steps and painted metal barriers. It also beggared belief that the away end’s hard steel fencing could exist in a post-Taylor Report world, but those antiquated conditions were reminiscent of a different age without being truly representative of it. Going there was a synthnetic experience - rather like an afternoon in a museum of yesterdays, where the environment has been cleansed of its malignant attitudes and danger.

The point is this: when people of my age or younger talk of the “modern game”, the implication is that we experienced something different.

But it’s an inherited nostalgia, used for the sake of creating an unflattering context. When those who were never there talk of a time that they weren’t around to experience, it’s always in good terms and with a strangely far-away look in their eyes. They describe the tight tethers of community, players dropping into their local shops for pints of milk, and supporters being able to pay their entrance with a fistful of pennies and pocket lint.

In that daydream, the game somehow sustains itself on benevolence, rather than the material greed which greases its gears today – the implication being that where we still in that bygone era, the response to the Covid-19 crisis would somehow be different.

But the history doesn’t lie; that’s a very favourable reading of the past. It’s also one which ignores the squalor supporters suffered, the way they were viewed (and subsequently treated), and the societal problems which bled into the grounds. Contemporary fans may now complain – rightly – of being treated as customers, but that’s surely an improvement on vermin.

That isn’t to defend the way the Premier League clubs are behaving or to suggest that their giddy desperation to get back on the pitch and collect their television revenue is any way appealing. But this is how football has always conducted itself. Self-interest, ego, and a disregard for anything beyond the game’s walls have been consistent themes through the ages.

Study the old pictures of grounds, for instance, or read first-hand accounts of what it was like to be in them – then consider whether the organisational compassion between club and fans, now mourned in its absence, ever really existed in the first place. Remember how Bill Shankly was treated by Liverpool after his retirement. Or what happened to Jock Stein after he was finished carving Celtic's modern identity. Or the Football Specials. Or how it took people actually dying in dilapidated stadiums for any serious improvement in them to occur.

This has never been a game of compassion.

But this is the curse of nostalgia. When the United Kingdom voted to leave the European Union in 2016, many of those Xs would have been cast in the hope of re-summoning a past which never actually took place; bowler hats, clipped accents and croquet on village lawns. It’s a view of England borrowed from a postcard, an Evelyn Waugh novel or the opening credits of an Inspector Morse episode.

But where does the equivalent come from in football? In all likelihood, the fairytales.

As a younger person, my first dose of “the way things were” came from comic books. Roy of the Rovers, Billy’s Boots (guesting in ROTR), and also the range of characters and events described in Football Picture Story Monthly. They all presented the sport in a certain way, cleansed of its ugliness and prone to rewarding only the just.

In that world, crooked agents never prospered, lazy players never fulfilled their talent, and any vaguely unpleasant behaviour was swiftly punished. They were more morality plays than stories; an author’s vision of what he wanted football to be, rather than what it was.

Stadiums, for instance, were never shown as dangerous. They were places full of pipe smoke, flatcaps, and stoic native wit. Never racism, homophobia and misogyny. So, while these were tales written for their times (and really for children), they were still careful to omit the more rugged aspects which existed.

Perhaps this has changed in the decades since, but I also remember there being a dearth of football fiction in the late 1980s and early 1990s. Occasionally, a library shelf might offer a dog-eared Paul Hardcastle or something similar, but – again – the view of the game which children had access to was universally idealised.

Deeper interest leads to both first-hand experience and a growing thirst for the sport’s past, but those initial teachings seem to have a lasting impact. The ideals portrayed are so vivid. Exposure occurs at such a young age. Combined, that seems to create some kind of impermeable truth.

Much of what has now been lost in the game remains desirable, not least its basic affordability, but the lasting suspicion is that younger generations long for something which never really existed. Something so perfect that we can’t help but use it to flog everything which now exists in its place – video technology, the breaking of arbitrary transfer thresholds, and even players wearing gloves on the pitch or warming themselves with blankets on a substitutes’ bench.

Of course, those are trivial issues compared to the worsening situation in the world today, but even that is an opportunity to play dumb to the game's singular truth – that football’s self-interest is unbending and unchanging, and that it will always be pathologically incapable of disengaging from its own self-interest.

That’s the game, modern or otherwise.

CORONAVIRUS No going back to normal: The way football works will have to change completely when this hiatus ends

QUIZ Quiz! Can you name the 30 most expensive transfers of the past 12 months?