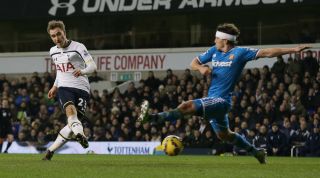 Tottenham extend their unbeaten run at White Hart Lane to six matches, while Sunderland remain only three points off the bottom after other results mostly went their way at the bottom of the table.