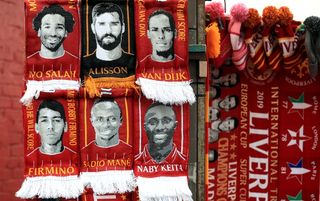 What next for Liverpool?

It’s a really interesting question, because their path to improvement is probably the most precarious. Given that Jurgen Klopp has only just surrendered the Champions League and his side are the current Premier League champions, he has the most to lose by changing what – again and again, over nearly three years now – has been shown to work.

Evolving a winning team is always a tricky business. Anyone who has watched Liverpool this season can speculate on where they might improve. An extra centre-half would be nice, so would a better back-up goalkeeper and, if possible, a proper understudy for each of Klopp’s three forwards would be a valuable safeguard.

To reheat the culture of improvement at Anfield, the right competitive balance needs to exist in every part of the pitch. If players become too comfortable, they lapse. If they’re too secure, their standards drop. It stands to reason, then, that using the transfer market to breed some healthy insecurity would be the best way to prolong this period of success.

It’s essential, in fact. Liverpool’s form over recent weeks has been indifferent. While it’s perfectly rational for them to have suffered a drop-off since their title was confirmed, it would be naïve to pretend that – with a new season beginning and a different challenge laid out in front of them – these players will just snap back to their previous level.

Some of them will, that’s safe to assume, but others will drift, with their legacies secure and their medals lined up on their mantelpieces.

The answer is to challenge those players. If they’re no longer energised by outside opposition, then a fire has to be lit inside the camp – to mix metaphors, some of those egos need to be challenged, maybe even bruised.

But that comes with its own danger. A team is a delicate entity, all combinations and balances, and disturbing that harmony in the right way is akin to threading a footballing needle. Perhaps that’s one of the reasons why Liverpool could be fortunate to lose out on Timo Werner and will be served well by staying away from Kai Havertz.

Players of that calibre will always play. Spending upwards of £60m in a position signifies a desire to upgrade it – and with that comes concern over how the displaced incumbent will react. In turn, maybe that reaction leads to discord spreading through a dressing room, and to quiet rebellion over the treatment of a teammate – or even friend – who had previously been integral to the side.

PUSHING ON How can Liverpool retain the Premier League title?

So, it’s not just as easy as signing new players. They have to be the right new players. If they’re too good, then a side seeking to prolong its dominance can accidentally poison its own chemistry and divide itself into factions. If the player is not good enough, then he will serve little purpose beyond providing literal cover – and, worse, because there are plenty of stories about how inferior arrivals are sometimes treated when they appear on the back of others’ success.

It’s a question of worthiness. It’s like that scene in Band of Brothers, when the replacement soldiers join up and they’re wearing medals won by the company.  In the same vein – sort of – if a transfer strategy just fills gaps instead of seeking improvement, then those determined to retain the honours won can quickly grow resentful.

All of which shows just how difficult this can be. Last summer Liverpool were smart to stick with what they had. They recognised that the team had unrealised potential and, in spite of winning the Champions League, was still growing towards the light. Now, with every trophy collected and no new lands left to conquer, Klopp, Edwards and FSG must find a way of improving what they have while still protecting it.

In other words: keeping everything the same, but different. If they manage to achieve that, it would be an accomplishment as significant as the one which brought them to this point.