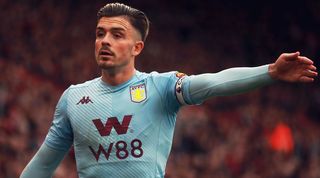 Of all modern football's aggravating trends, perhaps the most regrettable is the implied need players feel to hurry to the top of the game. It's a symptom rather than a cause. Such an attitude is the result of allowing a small cabal of clubs a preposterous financial advantage, thereby encouraging the illusion that to be anywhere other than with them is really to be nowhere.

Spotlight or total darkness. It's a hopelessly false dichotomy and, yet, it's somehow become a central truth.

Beyond the complaints about inequality, the FFP breaches and this worrying new trend for international supervillainy, perhaps that’s even the contemporary sport's most disheartening characteristic? This sense that so much exists solely for the betterment of the very few. Or the great lie that true significance can only be achieved by representing one of five or six different clubs.

What happened to the idea of a local hero? When did that become so meaningless?

And this pulse of existential angst is the circuitous route to addressing Jack Grealish’s future.

Chelsea had one glimmer of good news against Bayern Munich: it was an encouraging night for Mason Mount

Aston Villa remain in peril towards the foot of the Premier League and, should they go down, it stands to reason that Grealish would want to remain in the top-flight. Fair enough. But that’s an assumption which exists regardless. Whether Villa survive or not, it’s been mandated from the outside that their best player must leave. That, at 24, anything other than an immediate move would represent a lack of ambition. While we’re all able to understand why that logic exists, it still seems in opposition to the game's general health.

Forgetting what Grealish is to Villa fans – a tangible spectacle, all languid skill and thrilling ambition – he’s also part of the Premier League’s broader landscape. This season has proven that there are few defences in the country that he isn't able to contort and, as Tottenham recently found out, any trip to Villa Park now involves having to cope with his unique threat. Without question, the competition is richer for that dynamic.

Because having players like him dotted around the country has always been in the neutral’s interest. To create a laboured metaphor, the same applies to the geography of the United Kingdom’s tourist attractions. It’s inarguably good that Pembroke Castle, Stonehenge, and London Bridge are not all in the same square mile and yet, unfortunately, that’s the very situation which football is moving towards.

Grealish leaving Villa for a club like Manchester United – or Tottenham, Manchester City or anyone else rumoured to carry an interest – would see another point of interest reduced to a pile of bricks, for it then to be carelessly reassembled inside Disneyland's walls.

His career is his own, of course. His performances this season have frequently been outstanding and he deserves the interest of those other clubs, as well as a long-overdue England call-up. He is also just the latest in a long, long line of players who have been in exactly the same situation, torn between a scenario which works for them and the one forcefully suggested by football's capitalist peer pressure.

Frenkie de Jong had to leave Ajax while he was still a teenager, so did Matthijs de Ligt. Todd Cantwell must leave Norwich this summer and, most likely, Erling Haaland won’t spend more than eighteen months at Borussia Dortmund. Jadon Sancho will be leaving the Westfalenstadion even sooner than that.

Grealish is still just 24. He won't turn 25 until September. He remains years away from his prime and yet, according to popular belief, he must leave right now, without any further delay.

It's maddening, not least because there's nothing to be done about this issue. It's too engrained and too many precedents have been set. But it’s still important to recognise what this one-way flow represents - and what it comes at the cost of. There’s also an argument which says that players often sacrifice their individuality by making these moves, becoming just another soldier in a superclub's army.

Would that be true of Grealish? Most likely so. The magic of watching him now is not just in what he's able to do with a ball at his feet. In literal terms, he is skill, touch, vision and bravery. But he is all of those things in concert with his surroundings. Because of who he is, because of where he's come from. That can't be the same anywhere else; the spectacle just couldn't be anything like as alluring.

What's for certain, then, is that a Villa Park without him – a situation in which he wasn’t part-fan, part-talisman for the team he supported as a boy – would represent a small erosion of football’s remaining culture. Or a narrowing of its variety. A contraction of its range.

It would be one less sight to see away from the flashing neon lights and that cannot be something to wish for.

QUIZ Can you name the line-ups from Real Madrid vs Manchester City in 2016?