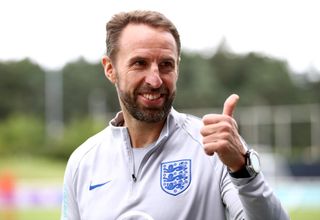 England’s quest to secure qualification for Euro 2020 continues when they face Bulgaria at Wembley on Saturday.

The Three Lions began their Group A campaign with two wins from two and will be looking to build on that in their first fixture of the season.

Here, the PA news agency takes a look at the main talking points ahead of Saturday’s encounter.

Mings can only get better

Aston Villa defender Tyrone Mings has been given his maiden call-up by England boss Gareth Southgate after a fine start to the Premier League season.

Taking a different route to the top than most, Mings spent time living in a homeless shelter in his youth before playing non-league football at Chippenham and working as a mortgage advisor.

Even since moving into the professional game it has not been an easy ride for Mings – the 26-year-old suffering a serious knee injury soon after moving to the Premier League with Bournemouth and struggling to get into the side once fit.

Now though, he is established in the Villa defence and will be hoping to get a chance to become an England international this weekend.

Ox turns back the clocks

Southgate recalled Liverpool midfielder Alex Oxlade-Chamberlain at the first opportunity before revealing he was in line to start for England at the World Cup before a knee injury in April 2018 sidelined him for more than a year.

Now the former Arsenal man is back fit and back in the England reckoning as he looks to add to his six goals and 32 caps.

Plenty has changed since he made his 32nd international appearance 18 months ago, with players emerging and others disappearing from the England squad.

He returns as one of the more experienced players in Southgate’s young set-up – only three in the current squad have more caps – and will be keen to pull on the Three Lions shirt once again.

Maddison and Mason ready to Mount their challenge

While they have both been included in previous squads, both James Maddison and Mason Mount are yet to win their first cap.

Maddison has been in fine form for Leicester at the start of this season having been a key member of their ranks in recent times.

Meanwhile Mount is benefiting from a loan spell at Derby last year under Frank Lampard – who has now trusted him in his Chelsea side, with the 20-year-old repaying that faith with two Premier League goals in his first four games.

Now the pair will be keen to show Southgate what they can do as the England manager continues to give youth a chance, but it does remain to be seen if they can operate in the same team.

Right-back to the start

England boast an array of talent in almost every positions but it is arguably on the right side of his defence where Southgate is blessed with the most options.

Two-time Premier League winner Kyle Walker did not even make the current squad as promising youngsters Trent Alexander-Arnold and Aaron Wan-Bissaka were called up alongside Atletico Madrid’s Kieran Trippier.

Wan-Bissaka, a big-money summer signing for Manchester United, has withdrawn through injury but currently five of the Premier League’s top six are playing with an Englishman at right-back.

Kyle Walker-Peters of Tottenham and Arsenal’s Ainsley Maitland-Niles have Under-21 caps and will be hoping to make their mark at some point – but for now it seems Champions League-winning 20-year-old Alexander-Arnold of Liverpool is the man who will be trusted with the shirt.

While England look to build on semi-final appearances at both the World Cup and the Nations League, Bulgaria have struggled of late.

Krasimir Balakov, one of their all-time greats, was appointed national manager in May but lost his opening two games in charge – Euro 2020 qualifiers against the Czech Republic and Kosovo.

In fact, Bulgaria’s last victory was a 2-1 success over Cyrpus last October and they are on a seven-game winless run as they head to London.

Balakov will be hoping Wanderson, a Brazilian-born attacker who has won five Bulgarian First League titles with Ludogorets, can make a difference after he was handed his first call-up having received Bulgarian citizenship.