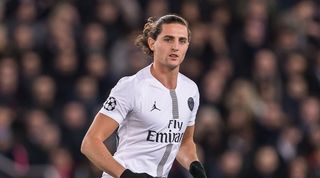 Juventus are closing in on the signing of Adrien Rabiot, report Sky Italia.

The PSG midfielder is now a free agent after his PSG contract expired on Sunday.

The France international had previously been linked with Real Madrid, Manchester United and Liverpool, but Juve have won the race for his signature.

Rabiot will sign a four-year deal at the Allianz Stadium as Juve attempt to build a squad capable of winning the Champions League.

The Bianconeri, who have already completed the signing of Aaron Ramsey on a free, are reportedly in pole position to land Ajax centre-back Matthijs de Ligt.