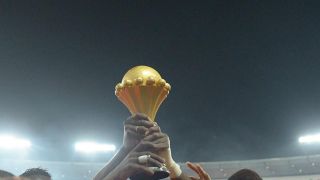 Guinea-Bissau jumped Congo and Zambia to go top of Group E with a 1-0 Africa Cup of Nations qualifting win in Kenya on Sunday.

Paulo Torres' men were third heading into the fourth round of fixtures after beating Kenya by the same scoreline on home soil on Wednesday.

But just a second win of the campaign proved enough to put Guinea-Bissau in the driving seat, with Congo and Zambia drawing 1-1 later in the day to leave both a point adrift of the summit.

Having come close to opening the scoring through Victor Wanyama, Kenya eventually fell behind to a Niche strike in the 81st minute.

Fan unrest disrupted the closing stages, leaving Kenya unable to finish top of the group after claiming just one point from their three fixtures so far.

In Group H, Ghana's 100 per cent record came to an end as they were held to a goalless draw by Mozambique, who hit the crossbar through Domingues.

Comoros failed to follow up their first competitive victory – a 1-0 win against Botswana on Thursday – with a second triumph over the same opponents, losing 2-1 after initially taking the lead.

In the day's remaining fixture, Benin triumphed 4-1 over South Sudan to move top of Group C.

Meanwhile, Chad announced their withdrawal from qualifying on Sunday in a huge blow to Nigeria's chances of making it out of Group G.

Only one team will now progress from the pool, with Egypt two points clear heading into the final two fixtures.