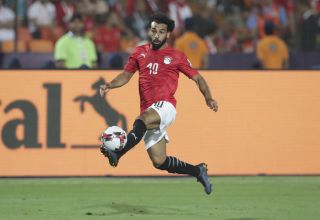 Egypt coach Javier Aguirre is looking for improvement from his players when the hosts resume their Africa Cup of Nations campaign against DR Congo on Wednesday.

Egypt, who are bidding for a record-extending eighth title, won by a single goal against Zimbabwe in their Group A opener in front of 70,000 people.

Defender Ahmed Hegazi is fit to play after picking up a head injury, and Aguirre said on cafonline.com: “DR Congo could have done more in their first game, same for us against Zimbabwe.

“I hope we could have a better performance. Our target is the three points to qualify to the next round.”

DR Congo suffered a shock loss to Uganda in their opening match, leaving their qualification hopes in jeopardy.

Coach Florent Ibenge said: “We had a bad game and deserved to lose against Uganda. Now we have to do it the hard way.

“It’s going to be a very difficult game for us but we will do our best. We will play to have the best result despite the fact that Egypt is playing at home. We will not adopt a defensive method because we want to qualify.”