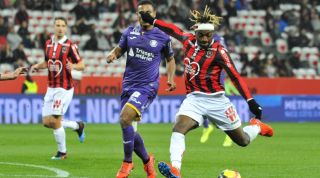 RMC Sport claims that the Premier League side have sent a delegation of representatives to the French city to finalise the transfer.

Newcastle will pay €18 million up front and a small amount in bonuses for the 22-year-old, although the final details still need to be agreed before the deal is confirmed.

Saint-Maximin, who can play across the forward line, scored six goals and provided five assists in 34 Ligue appearances last season.

The Frenchman had also been linked with Watford this summer but now appears set for a move to St. James’ Park.

Newcastle have made the club record signing of Hoffenheim Joelinton for £40m this summer, and Maximin would be the Tynesiders' second signing of the summer.

QUIZ! Can you name the 25 most expensive Premier League goalkeepers ever?

REMEMBERED The craziest season in English football: when the champions got relegated and ‘Lucky Arsenal’ annoyed the nation