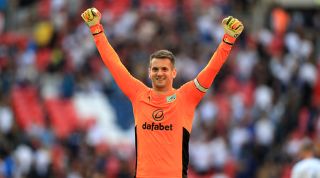 We say ‘surprising’ because… well, just look at it. The Premier League is awash with cash and its clubs will happily cough up for attacking firepower, but the fact that a trio of £7m deals make the cut here is telling.

Until last summer, clubs had been rather less willing to lay out their hard-earned for net-minders. And then Chelsea and Liverpool both went bonkers – admittedly, with particularly positive results in the latter’s case.

So how many of the deals below can you name? We’re only giving you the fees and clubs players signed for, so you’ll have to try to think back through the seasons yourselves. Six minutes are on the clock.

When you’ve finished, tell us your scores @FourFourTwo and we’ll retweet those who don’t give away any answers. Good luck!

QUIZ! Can you name the Argentines with 40+ Premier League appearances?