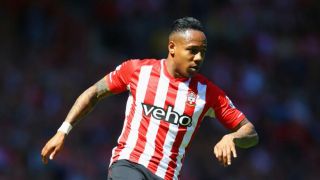 Nathaniel Clyne has no doubts that Liverpool can help him achieve his ambition of winning major silverware after completing his move from Southampton on Wednesday.

The England international full-back has penned a long-term contract at Anfield, ending months of speculation that his three-year stay on the south coast was coming to an end.

Speaking in April, Clyne spoke of his desire to play in the UEFA Champions League and win honours, and the 24-year-old believes Brendan Rodgers' squad is capable of realising those goals.

"You can see we've got the players to do it. I'm sure with all the competitions we're going into this year, we'll be going into them looking to try and win them," he told Liverpool's official website.

"That's where I want to be - I want to be competing for all the titles and trophies that are available. Hopefully we can have a good season and come out of it with some silverware."

Clyne, who joins the likes of Roberto Firmino, Danny Ings and James Milner in moving to Merseyside this close-season, stated that manager Rodgers was also a big factor in his decision.

"He works with young players and helps them progress," Clyne added. "I still think there is a lot to come from me and hopefully he can bring the best out of me.

"He's said he can do one-on-ones with me if it helps and do individual training sessions. I'm looking forward to it. I am going to work hard to try and get myself into the team and be the best player I can be."

In joining Liverpool, Clyne is reunited with former Southampton trio Rickie Lambert, Dejan Lovren and Adam Lallana, who all moved to Liverpool ahead of the 2014-15 campaign.

And Clyne said that a chat with England team-mate Lallana also helped sell the club to him.

"He said it's a good club - a big club with a huge fan base. He said the team is good and a good bunch of lads. He told me I'd be made to feel welcome if I joined," Clyne said.