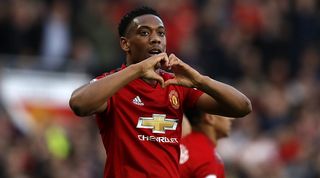 Manchester United will listen to offers for Anthony Martial this summer, according to The Sun.

The France international has fallen out of favour in recent weeks, with Ole Gunnar Solskjaer leaving him out of his starting XI in each of the Red Devils' last three Premier League matches.

Martial did not even make the matchday squad for Sunday's 1-1 draw at Huddersfield, a result which ended United's hopes of qualfiying for the Champions League.

Solskjaer has apparently also been unimpressed by Martial's attitude in training and is willing to ship him out of the club at the end of the season.

The former Monaco man signed a new long-term contract at Old Trafford in January, but now faces a fight to convince United's new management team that he should be allowed to stay put.

However, United will now welcome bids for a player who has scored 48 goals in 173 appearances since joining the club in 2015.