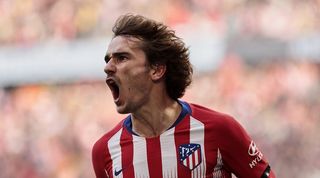 The French World Cup winner signed a contract extension at Atletico last summer, committing his future to the club amid strong interest from Barcelona.

But reports in Spain suggest Griezmann is now seeking a way out of the Wanda Metropolitano following Atletico’s elimination from the Champions League last week.

And while Barcelona could yet renew their interest in the 27-year-old, United are in pole position to secure his services this summer.

The Red Devils first tried to sign Griezmann in 2017, but the player pulled out of the deal as he felt it would be a “dirty move” to depart after Atletico were hit with a transfer ban.

But after five years in the Spanish capital, Griezmann is reportedly ready for a change – and United hope to beat PSG and Bayern Munich to his signature.