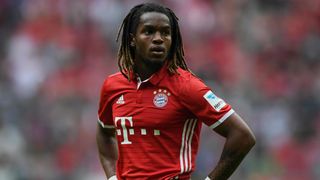 Bayern Munich have denied that they must pay Benfica €5million when Renato Sanches next makes a competitive appearance.

A report in Portugal this week claimed the Bundesliga champions will owe the additional fee when the midfielder plays what would be his 25th game for the club.

Such a payment would see Sanches' overall price reach €40m, matching the club record transfer of Javi Martinez from Athletic Bilbao in 2012.

However, Bayern insist the claims are "false" and have made it clear they will not release any details about Sanches' contract.

"On the media reports that FC Bayern Munich will have to pay an additional payment of €5million to his former club, Benfica, upon the next appearance of Renato Sanches, FC Bayern makes clear: this story is false," a club statement read.

"Nor is there a payment due upon the next performance of Renato Sanches in any subsequent games.

"In addition, FC Bayern will not disclose any information about the contract."

Portugal international Sanches was signed by Bayern last year for an initial fee of €35m, although his price could reportedly reach as much as €80m depending on certain bonuses.

Bayern deputy chairman Jan-Christian Dreesen stated last May: "The transfer fee is €35million, plus possible bonus payments that could become due if for example the player is named in the World Team of the Year or FIFA World Player of the Year."

The 19-year-old has struggled for regular football under Carlo Ancelotti in his first season in Germany, making only five starts in the Bundesliga.