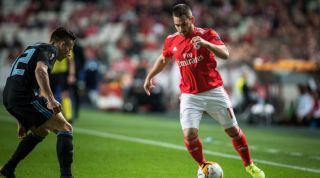 A story in CM Sport says that the Serbia international is ready to leave Lisbon this summer and his club are willing to sell.

The Toffees made an enquiry about the 22-year-old’s availability over the last few days and were told that Zivkovic’s price tag is set at around £31 million.

Everton boss Marco Silva has been impressed by the player and the Portuguese champions are willing to let their young star go for just over half of his €60 million release clause.

Zivkovic is one of the club’s highest earners and would free up their wage bill, with two years remaining on his deal.

The winger joined Benfica from Partizan in the summer of 2016 and made 16 league appearances for them this season, providing three assists.