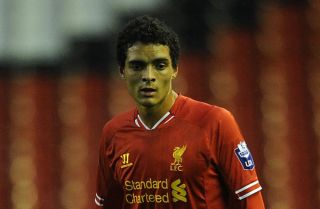 Ilori joined Premier League Liverpool from Portuguese outfit Sporting Lisbon last September but has yet to make a competitive appearance for the Merseyside club.

The 21-year-old centre-back spent the second half of last season on loan at Granada, playing nine games and helping the Andalusians secure La Liga survival.

He will now look to gain further first-team experience with a Bordeaux side that has made a blistering start to the Ligue 1 campaign under new coach Willy Sagnol.

Following Sunday's 4-1 demolition of supposed title hopefuls Monaco, Bordeaux lead the way in the French top flight as one of just two teams with a 100 per cent record from the first two games.