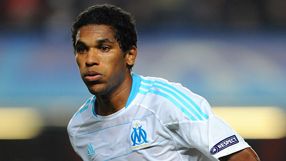 "He asked if he could go and rest in Brazil with his family for a week which I accepted in agreement with... (coach Didier) Deschamps," club president Jean-Claude Dassier told Marseille's website.

"We will meet on his return and discuss his future at the club."

The player was put under investigation on Wednesday after a 23-year-old woman alleged he raped her at a motorway rest area after he offered to drive her home from a night club in Aix-en-Provence.

Brandao was released on bail and his passport has not been confiscated but he is not allowed to meet the woman.

"He admits to sexual intercourse with this woman but not in the conditions she describes," Brandao's lawyer Patricia Clusan told Reuters on Wednesday.

"To him this intercourse was nothing abnormal because she agreed to it."

Dassier did not comment on the judicial investigation although he criticised the player's "unprofessional behaviour" by being out in the early hours of the morning on a training day.

"What shocks me especially is that it was five or six o'clock in the morning of March 2, four days before Lille v Marseille and a training day," said the club president.

"The player - as the evidence seems to confirm - was not in a normal state and was strongly influenced by alcohol.

"It's not acceptable. It is not the behaviour of a professional a few days before an important match," added Dassier.

"He is not psychologically fit to play football at the moment, he has suffered a shock," said Dassier before adding the club would impose a fine or suspension.

Brandao's future could possibly include a move outside of the French transfer window.

"I know that in Russia you can still do transfers but it seems unlikely to me," said Dassier. "We do not do things in a hurry."

Brandao, 30, joined Marseille from Ukraine's Shakhtar Donetsk in 2009. He scored eight goals in 30 league games last season but has scored one in 19 matches this term.