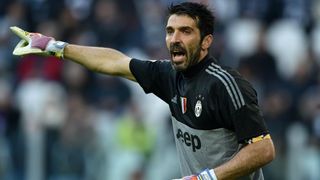 Italy goalkeeper Gianluigi Buffon has revealed he intends to retire after the 2018 World Cup in Russia.

Buffon, who celebrates his 38th birthday this week, has played for the Italian national team over 150 times across almost two decades.

The veteran has represented Italy at four World Cups, and was part of the side that lifted the 2006 trophy in Germany.

After starting his professional career with Parma, Buffon was signed by Juventus in 2001 and has made over 550 appearances for the club, helping them to 15 trophies over the years.

But Buffon admits he has his eyes set on the 2018 World Cup as his last involvement as a professional footballer.

"I will try to make the next World Cup and then it may be time to close the door," Buffon said after he picked up the Gianni Brera award for Sportsman of the Year.