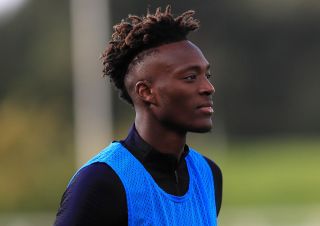 England’s players should face sanctions from UEFA if they continue to talk about the possibility of racist abuse in Bulgaria, the president of the eastern European country’s federation has said.

Borislav Mikhaylov, boss of the Bulgarian Football Union, has written to European football’s governing body to express his anger at comments from the England camp suggesting they could walk off the pitch if any of their players are racially abused, without following UEFA’s three-step protocol.

He says the comments are “unjust”, although the national stadium in Sofia will be partially closed on Monday for the England game as punishment for racist behaviour by supporters in earlier home Euro 2020 qualifiers.

Mikhaylov sent examples of the comments by England’s players to UEFA general secretary Theodore Theodoridis, claiming that they were “openly discussing” breaking UEFA protocol and insisted that the team should be punished if they followed through on it, or if they continued to discuss it.

“Although we are aware of the recent problems with racist behaviour in all tiers of English club football and with England’s ongoing battle with hooliganism and although we sincerely applaud the FA’s initiative for the English fans to report trouble within the visiting crowd, we are extremely shocked at all efforts to involve and even mark out the Bulgarian spectators as potential troublemakers.

“The Bulgarian public has in no way committed any recent infringements that deserve it to be stereotyped as “racist” or “hostile” – and I am sure you will agree that these accusations are not only unjust but are continuous attempts to disrupt the atmosphere before a very much anticipated game of football.

“I, as president of the Bulgarian Football Union, cannot allow for such derogatory claims to continue being spread in the mass media and I strongly suggest that the UEFA administration take measures against the build-up of unnecessary tension in the weeks devoted to equality and to the celebration of football.”

England’s black players were racially abused during the Euro qualifier away to Montenegro in March. The Montenegrin federation were ordered to play their next match, against Kosovo in June, behind closed doors.

Chelsea striker Tammy Abraham said on Tuesday that discussions had taken place among the England squad about what they would do in the event of racist abuse in either of the next two Euro qualifiers.

“Yes, we’ve had meetings, several meetings about it since we’ve arrived,” he said.

“We’ve touched base on how to deal with the situation. Harry Kane even said that if it happens and we’re not happy with it, we speak to the player and if he’s not happy, we all come off the pitch together.”

UEFA’s three-step protocol in the event of the referee or other officials becoming aware of racist abuse from supporters inside a stadium begins with an announcement over the stadium’s public address system ordering the abuse to stop.

If it persists the referee will take the teams off the field for a reasonable period of time. If the abuse continues after that break, then the game is abandoned.

England walking off before the protocol has been observed could result in them forfeiting the match, which under UEFA disciplinary regulations could see the match awarded as a 3-0 victory to Bulgaria.