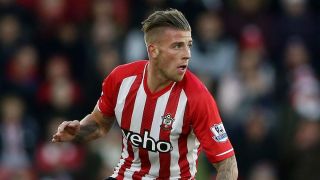 Both players are currently away from the club with Southampton and Porto respectively, and their performances have impressed watching scouts from the Spanish capital.

Southampton have been linked with a permanent move for Alderweireld, but Caminero insists both the defender and Torres have an important part to play in Diego Simeone's plans.

"Our coaches follow a detailed monitoring of all the players that are loaned to other teams," he told the club's official website.

"We are very pleased with their performance and growth in general.

"Oliver and Alderweireld, for example, are finishing a very good season with Porto and Southampton and we are counting on them for the next campaign.

"All the players loaned until the June 30 will return to our club at the end of the season and we will decide what is best for all."

Alderweireld has made 20 appearances for Southampton this season, despite spending more than a month on the sidelines with a hamstring injury, while Torres has netted six goals from midfield in Portugal.