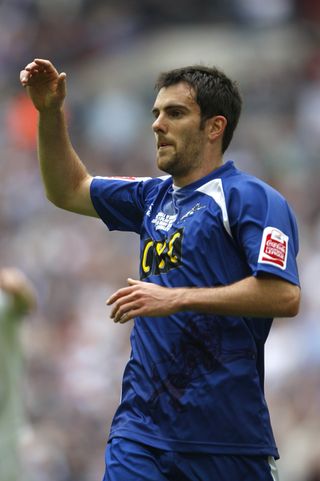 Huddersfield caretaker boss Danny Schofield believes Carlos Corberan would be a good fit for the club.

The Terriers sacked Danny Cowley as manager on Sunday with chairman Phil Hodgkinson claiming he did not share the club’s vision of “how our ambitions can be achieved”.

It has been reported that compensation has been agreed for Leeds under-23s boss Corberan to become Huddersfield’s fourth manager since January 2019, but neither club have yet confirmed this.

“He’s quite a strong character, has a good idea of the way he wants to play,” said Schofield, who will take charge of the Terriers’ final game of the season at his former club Millwall on Wednesday.

“He has certain methods and will instil some ideas to create an identity, I think.

“He’s a coach of vast experience, with good knowledge, who studies the game quite a lot and a lot of other coaches can learn from him.”

Former Huddersfield forward Schofield, who returned to the club as under-19s coach in February, has worked with Corberan during his spell as a coach in Leeds’ academy.

“His experience, the journey he’s been on in coaching, he can bring that vast experience to the club,” Schofield said.

“Leeds have historically developed a lot of players in their club as well.

“He’s worked with their young players and developed them and a lot of them have made their debuts this season, so I think he’s done a good job.”

Cowley’s departure had come as a major shock after last week’s win against West Brom had all but guaranteed Huddersfield’s Sky Bet Championship survival. Schofield admitted he too had been taken by surprise.

“Absolutely,” he said. “Danny and (assistant) Nicky (Cowley) did a fantastic job here during the time they were here.

“I think the club’s got a certain vision and they want to go down that line. It’s to really focus on young players and create a clear identity and style of play.”

When asked if Cowley had not put so much emphasis on youth, Schofield added: “I don’t think I’m in a position to answer that, to be honest.

“I’ve only been in the club a short time. It’s a big squad here with a lot of talent and because of the numbers it can be challenging for youngsters to break in.

“We’re just trying to push those players as hard as we can. It can be a crazy industry football, particularly at first-team level.”