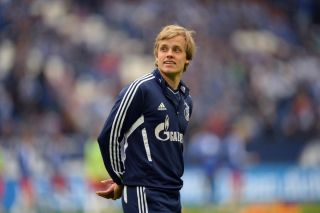 The 23-year-old has signed a four-year deal and is seen as a potential successor to ex-Hoops forward Gary Hooper, who moved to Norwich City in the close-season.

He revealed his excitement at joining the Scottish champions, who earlier this week booked their place in the UEFA Champions League with a dramatic play-off victory over Shakhter Karagandy.

"I am really excited about it and I am just waiting to meet the guys and get to play on the pitch", he told the club's official website.

"I can't really wait to play in the stadium in front of the fans as I have heard so many good things about them. I am really looking forward to it and I hope it happens soon.

"I spoke to our national team coach Mixu Paatelainen and he was saying it will be a good club to go to.

"Celtic are a great, traditional club. There is an opportunity to play in the Champions League and I hope I can score a lot of goals but I know it's not going to be easy to just go in the side and I will need to work hard to get into the team."

The Finland international been capped 24 times by his country.