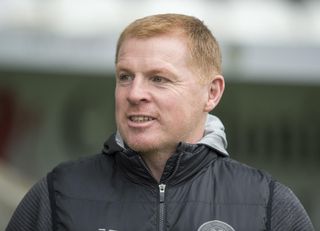 Celtic manager Neil Lennon wants his players to keep their momentum after their sparkling first-half display in Perth but accepts they might have to dig out a result at Hamilton on Sunday.

The Ladbrokes Premiership leaders were 3-0 up at half-time in midweek and could easily have scored the same again, before St Johnstone made a game of it in the second half after Lennon was forced into a change of shape.

The victory continued Celtic’s good form in 2020 and Lennon went into transfer deadline day comfortable with his squad, although they were briefly linked with Newcastle winger Christian Atsu, who appeared unwilling to leave St James’ Park.

Lennon said: “Wednesday night was so pleasing, we were breathtaking at times. It was fantastic to watch and I don’t think anyone can have any complaints with that performance.

“We played with zest, quality, style we had a great attitude and we scored goals. It was brilliant to watch.

“There are going to be ups and downs along the way, we are not going to play like that every week. Sunday will be a different game psychologically. It might be a case of being patient and a slower tempo if Hamilton make it difficult.

“We had a last-gasp winner at home against them and we won 1-0 at New Douglas Park before that.

“We have to be on our game. Hamilton do a great job every year with their resources to stay in the league and it’s a difficult venue with the pitch, but we have good momentum to keep going.”