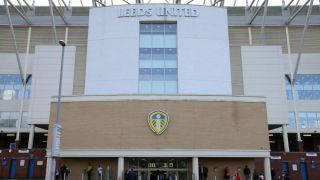 Leeds United have called on fans to send in their ideas for the club's new crest after the initial redesign was met with huge criticism.

The Championship club last week confirmed they would extend the consultation period with supporters after the new badge was met with a social media backlash.

Fans have now been encouraged to email in with their suggestions for a badge that will appeal to a greater number of people.

"Using your ideas as inspiration, a small shortlist of refined designs will be chosen by fan panels and then go to a democratic vote amongst all our season ticket holders and Members on Wednesday February 21, with our new crest announced by the end of the month," they said in a statement on Monday.

"We remain committed to working with you to create an identity that we can all be proud of for the 2018-19 season and beyond."

The original new badge, which was due to be released as part of the club's centenary celebrations for next season, was met with vitriol when it was released last week.

Leeds insisted more than 10,000 people, including "legends, current players, club staff, the owner, partners and representatives from the Leeds and Yorkshire communities", were consulted before unveiling the design.

| Following on from last week’s commitment to extend consultation with our supporters on the proposed crest change, we are pleased to announce further details Read more  bit.ly/2DL1oDA