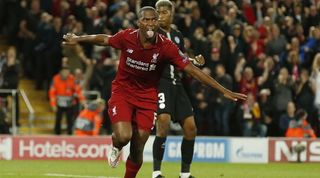 Former Liverpool striker Daniel Sturridge has held talks with DC United over a potential move to the United States, according to the Washington Post.

However, the ex-England international will have to take a pay cut as his wage demands are too high for the MLS side.

DC United have been linked with Arsenal playmaker Mesut Ozil as they seek a big-name replacement for Wayne Rooney.

The former Manchester United man will leave MLS to take up a player-coach role at Derby in January.

Sturridge was earmarked as another potential successor, but United are unable to pay him his desired salary.

The 29-year-old is still without a club after being released by Liverpool at the end of last season.