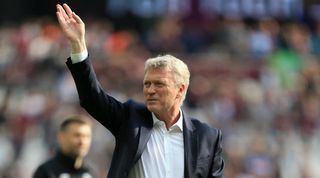 Beckham is a co-owner of the MLS expansion team, who will join the league in February.

And as the search for the club's first manager intensifies, Moyes and Henry are two of the men under consideration.

Former Chelsea head coach Carlo Ancelotti is another name who is being considered by Beckham and his partners.

Ancelotti is currently in charge of Napoli, while Moyes and Henry are out of work following spells with West Ham and Monaco respectively.

Beckham believes Moyes was treated harshly at Manchester United and would relish the chance to work with him in the United States.