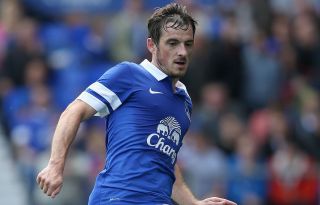 A statement from Everton insisted the bid - thought to have totalled £26 million - had been "immediately rejected out of hand as derisory and insulting."

Moyes has been looking to strengthen his squad at Old Trafford since taking over from Sir Alex Ferguson in July,

He bought both players during his time at Goodison Park and appears keen to continue working with them.

Everton explained that details of the bids were released until Monday to avoid any disruption to their opening game with Norwich.

Fellaini and Baines both played for Roberto Martinez's side as they were held to a 2-2 draw by Norwich.

The Spaniard recently described his relief to see a release clause in Fellaini's contract expire.

July 31 saw the clause, reported to be worth £22m, expire, leaving Everton able to command a higher fee for the Belgian, who scored 11 goals in 31 Premier League games last term.