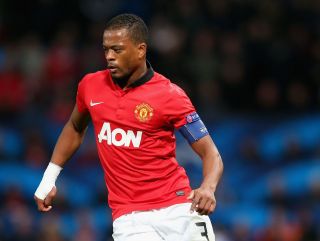 The France international conducted an interview with Telefoot in his homeland, in which he appeared to allude to a departure from Old Trafford upon the expiry of his contract at the end of the season.

But Evra insists he was misinterpreted and revealed he has no plans to quit the Premier League champions.

Speaking to MUTV, he said: "The problem with me is I don't read the papers so I don't know what people are saying about me.

"I had a French interview and I said 'it's personal' meaning 'I don't want to talk about it'.

"Maybe some people (outside the club) want me to leave the club but that's not the case.

"I will answer if somebody wants to talk about my contract because I think it ends after this year but then they have to talk with Manchester United and my agent. Me? I love this club so much.

"The only thing I can say is it (the French interview) was a big misunderstanding."