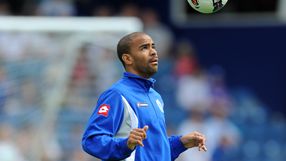 "He wasn't in my plans and I think he's got something to offer someone so we wish him all the best," manager Harry Redknapp told the Premier League club's website after the club activated a release clause in Dyer's contract.

"If he can stay clear of injuries I'm sure there are clubs out there that will offer him the chance to play football."

Dyer, 34, made only four starts and four substitute appearances after joining the London side in July 2011. He scored his first goal for them in Saturday's 1-1 draw against West Bromwich Albion in the FA Cup Third Round.

He earned 33 England caps but has had to contend with a string of injuries including a broken leg that ruled him out of action for 17 months while he was at West Ham United, a freak eye injury, a medical condition that threatened his career and groin and hamstring problems.