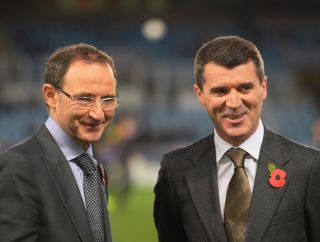 Interim manager Noel King brought his stand-in duties to a close on Wednesday by naming a 27-man squad for this month's two fixtures, for which O'Neill and assistant Roy Keane will take charge having been officially appointed on Tuesday.

With just one uncapped player in the squad, Rob Elliot, the former Leicester City, Celtic and Aston Villa manager O'Neill will have no shortage of international know-how to call upon.

Richard Dunne is the only major omission - the QPR defender left out as he continues his recovery from a groin injury.

Meanwhile, record cap holder Robbie Keane could be set to take his international appearances tally to 132, while Sunderland's John O'Shea - currently with 92 caps - will hope to edge closer to his century.

The Republic face Latvia in Dublin on November 15, before heading to Poznan to take on Poland the following Tuesday.