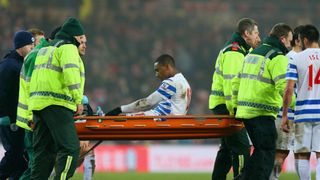 The Dutchman scored the opening goal on Wearside as QPR picked up their first Premier League victory on the road this season.

However, Fer was taken off 15 minutes from time following a challenge with Liam Bridcutt, with the former Norwich City man later found to have suffered a serious knee injury.

"@LeroyFer10 has sustained a medial collateral ligament injury to his left knee," read a tweet from QPR.

"[Fer] is likely to be sidelined for up to eight to ten weeks. Speedy recovery Leroy!"