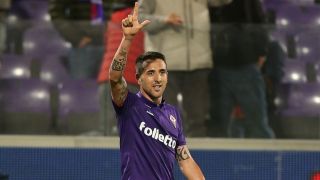 Valero has already made the move from La Viola to Inter this month, signing a three-year deal, and Vecino will follow him subject to passing a medical.

Inter have agreed to pay €24million to sign the Uruguay international, who appeared in 31 Serie A games for Fiorentina last season.

As well as selling Valero and Vecino to Inter, Fiorentina have lost Federico Bernardeschi during the transfer window, the Italy winger joining Serie A champions Juventus for €40m.

Inter, meanwhile, are reportedly close to completing the signing of Nice left-back Dalbert as the club's new head coach Luciano Spalletti adds to his squad for the coming season.