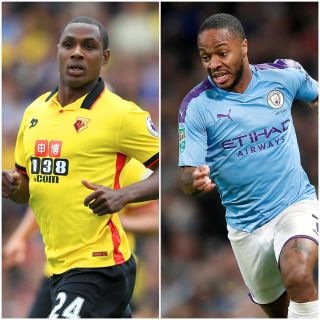 Raheem Sterling will stay at Manchester City despite the looming threat of a two-year European football ban for the club, reports the Daily Mirror. Real Madrid are reported to be keen to snare the England forward for £150million in the wake of the sanction, but the 25-year-old will not be leaving Pep Guardiola’s side, according to the paper.

Manchester United are said to be interested in making Odion Ighalo’s loan move permanent, according to the Manchester Evening News. The striker joined the club on loan from Shanghai Shenhua in January and Ole Gunnar Solskjaer’s side want to firm up a deal for the 30-year-old.

Liverpool are said to be keeping their powder dry over a move for Timo Werner, reports the Daily Mirror. The paper says that Liverpool have not approached RB Leipzig about the 23-year-old Germany international, who is among the top Bundesliga scorers this season.

Gabriel Magalhaes could be the subject of a bidding war with Arsenal and Everton both keen on the 22-year-old Lille defender, reports the Sun.

Lautaro Martinez could be swapping Italy for Spain, with Barcelona said to be keen on the Inter Milan forward, the Sun says. Barca would have to part with Antoine Griezmann to tempt the Italian side to let go of their 22-year-old Argentina international, the paper adds.

Tahith Chong: Inter Milan are keen on bringing in the 20-year-old winger, whose contract at Manchester United expires this summer, reports Tuttosport.

Matias Vecino: Chelsea are looking to sign the Uruguay midfielder from Inter Milan for an estimated £23million, says Metro.

Aaron Ramsey: Juventus will offer the former Arsenal midfielder to Manchester United along with Adrien Rabiot as part of a package to tempt the Old Trafford club into parting with Paul Pogba, according to La Gazzetta dello Sport.