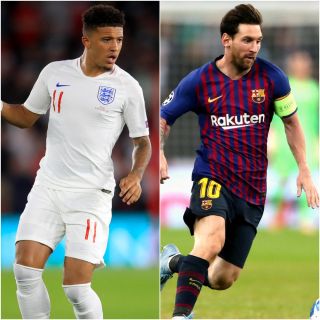 The Daily Express reports Liverpool have overtaken Manchester United as the preferred destination for 19-year-old England forward Jadon Sancho. Although United were previously tipped as the favourites to sign Sancho from Borussia Dortmund in the summer, it is believed that Liverpool’s ability to offer Champions League football could affect the youngster’s decision.

Lionel Messi feels at home at Barcelona despite mounting speculation he could leave the Nou Camp, according to Spanish newspaper Mundo Deportivo.

Chelsea’s hunt for 16-year-old Birmingham midfielder Jude Bellingham could have an adverse impact on their plans to tie down their young midfielder Faustino Anjorin. The Sun reports that Bellingham’s £50million price tag would put a substantial strain on their ability to lock 18-year-old Anjorin to a long-term contract.

The Daily Mirror says Liverpool could be planning a summer deal for Bayer Leverkusen midfielder Kai Havertz, who has been linked with the club for some time.

Manchester United made a late bid on transfer deadline day for former Newcastle and West Brom striker Salomon Rondon, according to the Daily Star.