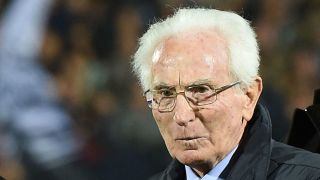 Former Italy coach Azeglio Vicini has died at the age of 84.

Vicini led Italy to the World Cup semi-finals on home soil in 1990, but the Azzurri were beaten by Argentina.

He was replaced by Arrigo Saachi following Italy's failure to qualify for the 1992 European Championship.

Spells at Cesena and Udinese did not yield trophies, with Vicini retiring in 1994 before taking the role of head of the technical sector of the Italian Football Federation, a position he remained in until 2010.