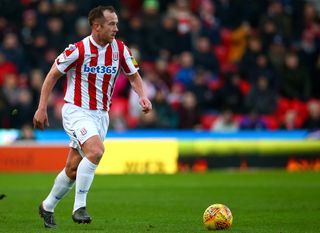 Reading have signed midfielder Charlie Adam on a one-year deal.

The 33-year-old was released by Stoke at the end of last season and had been training at Blackburn during pre-season.

But the former Scotland international, who has also featured for Rangers, Liverpool and Blackpool, has opted to join the Royals for the 2019-20 Championship season.

He will train with his new team-mates for the first time on Tuesday.

He tweeted: “Thanks to Tony Mowbray and everyone at @Rovers for allowing me to train with them for the past few weeks.

“Was great to play and score a few goals. I wish them all the best this season. I’m now ready for my next challenge.”

Reading chief executive Nigel Howe said: “A player with both Championship and Premier League experience, not to mention pedigree at European and international level, Charlie Adam can play a very valuable role within what is a relatively young first-team squad at Reading.”