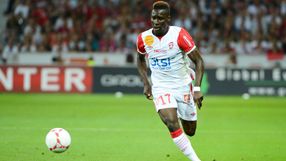 The 20-year-old Haidara will undergo a medical on Tuesday before signing for the English Premier League team.

"It's a definite move," the official said.

Haidara, who has played twice for the France Under-21 team, is poised to sign a five-and-a-half-year contract at Newcastle who will pay 3.5 million euros for his services.

Haidara, who has played 46 league games since making his Nancy debut in 2010, should become the second French defender to join Newcastle in the transfer window after France right-back Mathieu Debuchy.