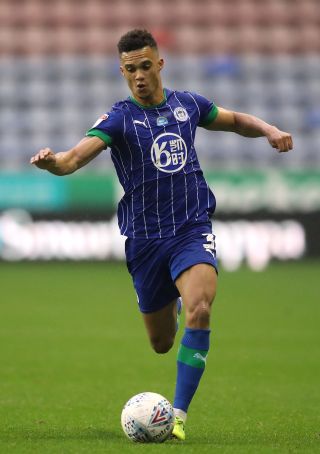 Fulham have completed the signing of Wigan left-back Antonee Robinson on a four-year deal for an undisclosed fee.

The 23-year-old becomes the Cottagers’ second signing of the summer after Anthony Knockaert’s loan from Brighton was turned into a permanent move in July – before their promotion to the Premier League.

“I am made up to be a Fulham player,” Robinson said on the club’s website. “I was really excited to get down here and get everything signed. When the lads get back in here, I can’t wait to get going.

“I heard a few days ago that Scott Parker was interested in me and wanted to speak to me personally. We had a Zoom call and he was really keen to get the deal done and for me to be a Fulham player.

“Fulham play a really nice style of football and I can see myself fitting in perfectly. As soon as I heard of the ambitions of the club it was an easy decision for me.”

The highly-rated Robinson had been linked with a number of Premier League teams – including his first club Everton – and looked set to leave the DW Stadium even before Wigan fell into administration and were relegated to League One.

The English-born United States international had been due to join AC Milan in January but the last-minute deal collapsed when his medical examination detected an irregular heart rhythm – an issue later addressed with an ablation.

Fulham director of football Tony Khan said: “Antonee is a great young addition to our squad for our return to the Premier League.

“He works hard and is known for being an excellent team-mate with a great attitude, and he’s been a valued contributor everywhere he’s played in recent years, in the Championship and with the US men’s national team as well.”

After the Fulham deal was confirmed, Robinson used social media to thank Wigan for his two-year spell with the club, and for the help they offered him after the Milan move fell through.

“First of all, I cannot thank everyone involved with @LaticsOfficial for the two years I’ve spent there,” he wrote on Twitter.

“Not only have I enjoyed every second on the pitch, but more importantly this team has gotten me through some very hard times in my career and helped me develop into who I am now.

“Couldn’t ask for a better set of team-mates, staff or fans, and even though its a shame how last season ended I really hope the club ends up back where it belongs. Thank you!!”