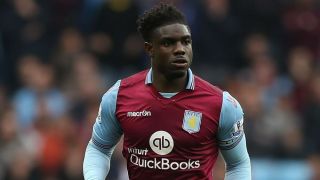 After scoring in Villa's FA Cup third-round draw against Wycombe Wanderers on January 9, Richards picked up a foot injury which led to him being dropped from the team.

Jores Okore and Joleon Lescott impressed in the centre of defence in the captain's absence as Garde's side defeated Crystal Palace and drew with Leicester City.

"Every manager has to make choices and that's the one I made for the last two games, but that doesn't mean I'm not relying on Micah."

Garde could welcome back a trio of players from injury for Tuesday's replay against Wycombe, with Jack Grealish (tonsillitis), Carlos Sanchez (hamstring) and Gabriel Agbonlahor (back) all nearing returns.

"I will see with Gabby in the training session. Carlos is a maybe and Jack is back in training," he said. "Now it's about competition to be in the group."