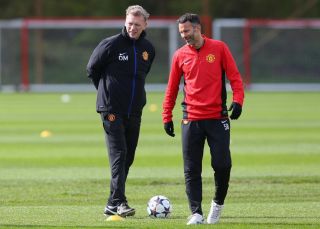 United legend Giggs, who was part of Moyes' backroom staff in a player-coach capacity, will oversee United's first-team affairs on a temporary basis until a permanent successor is found.

A club statement read: "Following the departure of David Moyes as manager, Manchester United has announced that Ryan Giggs, the club's most decorated player, will assume responsibility for the first team until a permanent appointment can be made."

His departure was announced via the club's official Twitter account, with United thanking Moyes for his "hard work, honesty and integrity" during his short tenure.