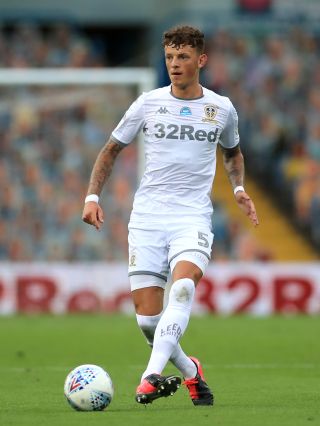 Brighton boss Graham Potter has compared Ben White to a £25million new signing but warned there will “ups and downs” as the highly-rated defender adapts to the Premier League.

Albion rewarded White with a four-year contract at the start of the month to fend off considerable pre-season interest from newly-promoted Leeds.

The promising 22-year-old, who won the Sky Bet Championship during a successful loan spell at Elland Road last season, is poised to make his top-flight debut when the Seagulls host Chelsea on Monday evening.

While Potter is excited by the player’s undoubted potential, he is also keen to manage expectations.

“We know the progress he’s been making, we know the qualities that he has. But we also know that he’s making a step from the Championship to the Premier League so our experience of that isn’t so straightforward,” said Potter.

“On the market, he’s valued at £25million-plus because that’s how it is. And, if you sign a £25millon player, all of a sudden everybody gets very excited.

“It’s not just as easy as that, unfortunately. He’s a new player for us, a player that’s come from outside our group last year and he’s given a different dynamic to the group and we’re pleased.”

White’s only Albion appearances to date came more than four years ago in Carabao Cup victories over Colchester and Oxford in August 2016.

The centre-back continued his development during loan spells at Newport and Peterborough before being ever-present in the league for Marcelo Bielsa’s title-winning Leeds team.

Potter insists he was always confident of keeping White at the Amex Stadium and paid little attention to the persistent transfer rumours.

“There’s a lot of fuss about the lad from outside and there’s nothing you can do to control that really,” he said.

“He’s shown no signs of any problems. He didn’t change his ways when there was lots of speculation around before he signed his contract to after.

“He’s been great from day one, quite calm in everything – like we were – and then you just have to let all the noise from the outside go and in the end we just work.”